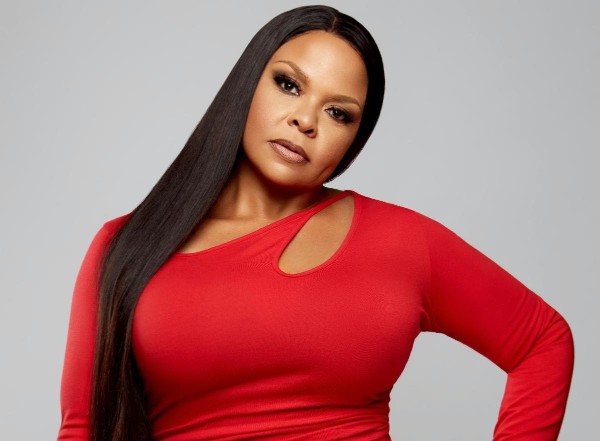 Tamela Mann is a native of Limestone Country, Texas. She was part of a big, religious family with 13 other siblings. Gospel singing was her first career, and she was a member of the Kirk Franklin and the Family. Let’s learn more about Tamela Mann and her weight loss journey in this article. Know her current weight measurements.

Tamela Mann has always had weight issues for most of her life. Her weight reached an all-time high of 365 pounds. Her astounding weight shocked her.

She never really realized that she had accumulated all that weight through many years of unhealthy eating. The health risks of being overweight suddenly dawned on her. She knew she was at risk of various health issues if she did not do something about her weight.

This realization motivated her to start living a healthy lifestyle. Afterward, she discovered that she already had type 2 diabetes. Subsequently, she had no choice but to lose weight if she wanted to live longer.

Tamela Mann decided to join the Weight Watchers program to help her lose weight quickly. Shortly after joining, her daughter followed in her footsteps.

This motivated her even more to lose weight. She and her daughter have the same goals, and they are a motivation for each other. The WW coach also helps them in all aspects of their fitness goal. They are provided with a guide on what food they can eat.

They even give tips on which restaurants are best for your diet. Tamela still gets to eat most of her favorite food, but she has to portion her food intake. She still gets to eat bacon but in moderation. But she can eat as much fruit as she wants and she is happy about that.

For snacks, she also makes sure that she only eats healthy ones. Tamela also made it a point to be conscious of her sugar intake. She avoids drinking soda or any other drink that contains sugar. Junk food has also been banned in her house.

Tamela Mann, unfortunately, had knee replacement surgery just as she was beginning to lose weight. This meant that she could not exercise as much as she wanted to.

After one month of the recovery period, Tamela started going on slow walks with the help of her cane. Gradually, she was able to walk without her cane’s assistance, which was such an achievement for her. Once her knee healed, she jumped back into her more rigorous exercise routine. She has already started strengthening workouts.

Tamela Mann believes that a great support system is vital in losing weight. Luckily, her entire family was behind her back when she started her weight loss journey. As she was trying to eat healthily, her whole family supported her by eating healthy too.

Her husband and kids have now become more conscious of the food that they eat. They look into the calories and sugar content of all their meals. Tamela admits that her weight loss journey would have been difficult if her family had not supported her.

Imagine going on a diet and seeing chips and chocolate lying around your kitchen. It would have been such a challenge to resist the temptation. Lucky for her, her entire family has decided to eliminate all unhealthy food from their home.

At present, Tamela Mann has lost 50 pounds. She looks a lot slimmer, and her body is more toned thanks to her exercise routine. Even after losing all that weight, she wants to continue living a healthy lifestyle for health reasons.

Her first album was released in 2005. Afterward, Best Days, her third album, received a Gold ranking by the RIAA. Tamela was nominated for Best Gospel Music Performance at the Grammy Awards. Sometime in her career, she dabbled into acting. She has appeared in several plays by Tyler Perry. Tamela appeared in a couple of movies as well.

Additionally, she sang a few tracks from the Diary of a Mad Black Woman movie soundtrack. In 2020, she played the role of Cora Simmons in the TV comedy Assisted Living. Tamela also tried her hand at designing clothes.

And in 2019, she released her clothing line called the Tamela Mann Collection. Her clothing line features leisure and workout outfits for plus-sized women just like herself.