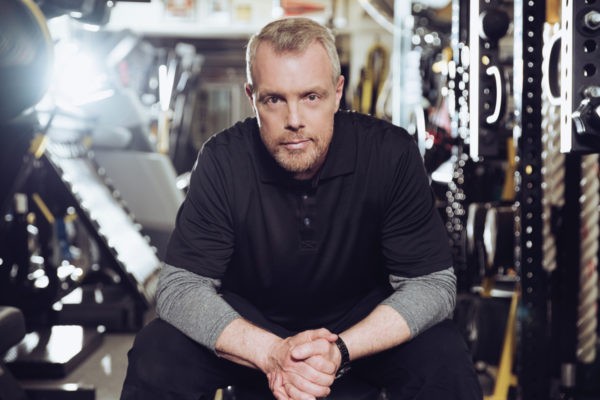 As a child, Gunnar Peterson struggled with his weight. Not only was he horribly self-conscious, but also bullied. Realizing the toll it took on Gunnar, his mother signed him up for Weight Watchers, a weight loss and body transformation program.

Despite technically losing weight, Gunnar was lax about his diet and struggled to meet his weight loss goals. That all changed when Peterson went off to college. Who is this fitness instructor married to? Know his net worth and workout plans in this review.

Gunnar Peterson is a Fitness Expert

While studying at Duke University, Gunnar understood his body chemistry and the need for a healthy lifestyle. For the first time in his life, Gunnar resolved to get into shape.

Gunnar is a triple-threat, holding degrees in Physical Fitness, Psychology, and Nutrition. This gives him a rare insight on functional training, perhaps why he is so heavily touted.

His clientele includes professional athletes, Hollywood celebrities, and everyone in between. He runs a private establishment out of Beverly Hills, California, and personally handles up to 9 clients a day.

Some of the most famous celebrities in his portfolio include Khloe Kardashian, Jennifer Lopez, and Sylvester Stallone, to name a few.

As a fitness expert, he lends his insights to several print publications and television programs. He is an editor and columnist at the premier fitness/bodybuilding magazine, Muscle and Fitness. He is, additionally, a member of the advisory board of the women’s health and fitness magazine, Fitness.

Furthermore, Gunnar has been a fixture of numerous fitness, lifestyle, and bodybuilding magazines like Allure, Elle, US Weekly, InStyle, Men’s Health, Women’s Health, and Self.

Gunnar has, himself, co-authored a fitness-related book, 2005’s G-Force: The Ultimate Guide to Your Best Body Ever, with Myatt Murphy.

Personal trainer Gunnar Peterson was previously married to heiress Janet Crown Peterson. Janet is the daughter of Chicago-based billionaire businessman Lester Crown. While not a lot is known about their relationship, some online sources report that they divorced in 2007. They had three children.

Divorce is messy; divorce, when kids are involved, is a nightmare. Nonetheless, based on his recent social media posts, Gunnar is in a good place in his life.

He is reportedly in a relationship with actress Jessica Friedman. They both share the same philosophies about fitness and health and are often seen working out together.

According to some online sources, Gunnar Peterson has an estimated net worth of $1.5 million. His wealth primarily comes from his career as a personal trainer.

Hailed by Sports Illustrated as the “Trainer to the Stars,” Peterson handles A-List clients on a daily basis – whether they are professional athletes or Hollywood celebrities.

His primary source of income is his self-titled fitness brand. He sells a wide range of fitness equipment, including exercise mats, kettlebells, and jump ropes, to name a few.

Aside from that, Gunnar has also tried his hand at acting. From the late-’90s to today, Peterson has been seen in nearly 20 movies and TV shows.

He is most known for his appearances in movies like Rising Sun, The Fanatics, and Rocky Balboa and TV shows like Falcon Crest, Santa Barbara, In Living Color, and The Bold and the Beautiful.

Gunnar went on to explain how he likes to change up his workout routine not just to stave off the boredom but also to exercise every muscle in the body.

Contrary to other workout plans, Gunnar also works out six out of seven days. Furthermore, his workout consists of a variation of high-intensity interval training, cardio, and weight training.

One of Gunnar’s most famous mantras is the four F’s: function, foundation, freedom, and focus. He suggests striking a balance between the four.