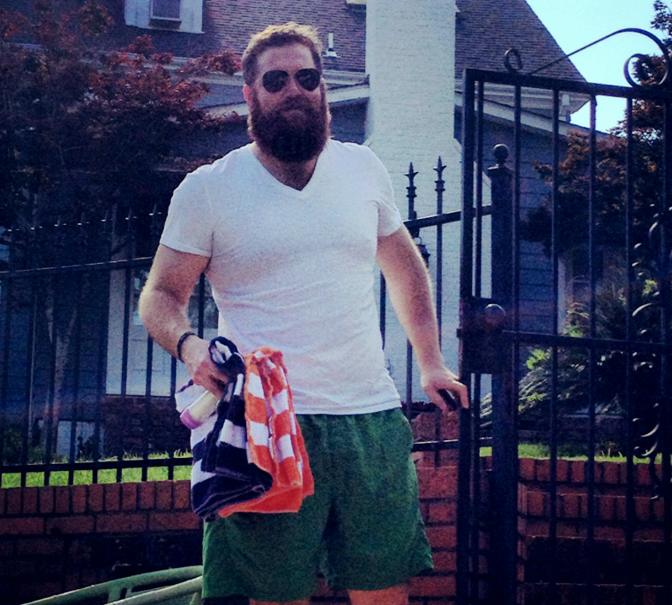 Ben Napier is a woodworker and a craftsman. He was born on September 24, 1983, in Laurel, Mississippi. Later, he completed his degree in history at the University of Mississippi. Get to know more about Ben Napier and his weight loss journey.

The host of Home Town is 6’6” tall, and with his excess weight in the past, he looks like a giant. But that is all in the past because Ben has lost a lot of weight since then.

Fans noticed that positive change in his physique when Home Town premiered its third season in 2019. He admits that he has been exercising through the years but never really took it seriously. The birth of his daughter Helen in 2018 motivated him to live a healthy lifestyle and shed excess weight.

Ben wanted to be healthy so he can see Helen grow up. A family history of heart problems further urged him to get fit. To achieve weight loss, Ben reduced his carbs and calorie intake. One of his fitness routines is to play basketball every morning in addition to his daily workout.

Ben Napier has lost more than 90 pounds since he began his weight loss journey in 2018. His combination of fitness and weight conditioning has genuinely paid off. He now has a slimmer physique which is very far from how he looked back in 2018. Ben does not plan on quitting his fitness regimen anytime soon.

Napier is a TV host and a social media personality. Ben also served as a youth minister at Laurel First United Methodist Church. He is best known for his reality TV show Home Town on HGTV. Ben co-stars with his wife Erin on the series where they renovate houses in the historic town of Laurel.

The couple first met in college and have been together ever since. The college sweethearts tied the knot in November 2008 at the campus chapel of Ole Miss. And they have been together ever since. In 2014, he opened his woodshop called Scotsman Co. Together with his wife, he owns a furniture line and two retail stores. They opened Laurel Mercantile Co. in 2016 and General Store in 2018.

The couple also authored a memoir in 2018, entitled Make Something Good Today.