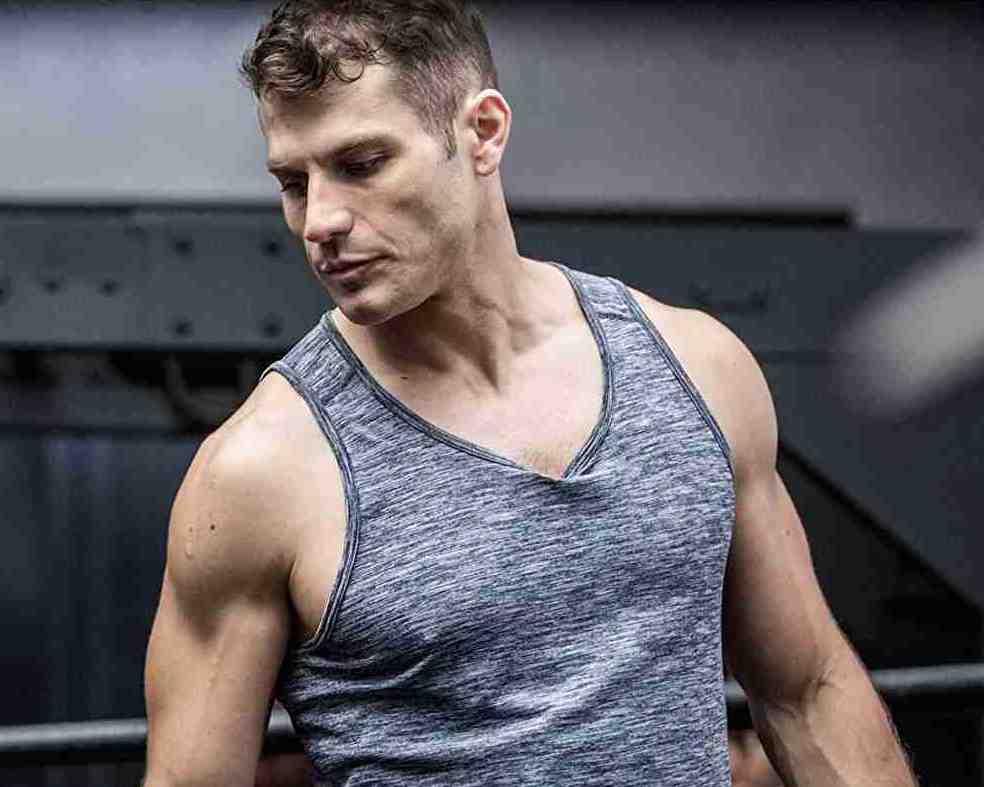 It is heartwarming to see children follow their parents’ profession and besting it just like Lou Ferrigno Jr. is doing now. Inheriting aesthetic genes from his father and acting DNA from his mother, Lou Ferrigno Jr. makes the list of handsome actors in America. Go through the wiki-type biography of S.W.A.T actor.

He is a bodybuilder, and thousands of his fans admire his exercise routines and dedication to fitness.

Hence, let us get to know about Lou Ferrigno Jr.’s age and his life in as much detail as we can.

Lou Ferrigno Jr. is a dashing actor who is quickly becoming a rising star. He has given outstanding performances in movies and tv series like SWAT, 9-1-1, and Rush: Inspired by Battlefield. This has gathered the attention of thousands of people regarding Lou’s acting skills.

But before making out on the big screens, Lou Ferrigno Jr. began as a fitness expert, and he still is. We all know his father is a professional bodybuilder whom some refer to as “The Hulk.” No wonder Lou Ferrigno Jr. got inspiration from his father.

Ferrigno Jr. is the son of the famous fitness freak and former Hulk of the tv series, Lou Ferrigno. He is the same man who went toe-to-toe with the Terminator, Arnold Schwarzenegger, during a bodybuilding competition. Likewise, his mother is Carla Green Ferrigno. She is nothing short of an outstanding actress. Carla has performed well in the 80s movies such as The Adventures of Hercules and Black Roses.

Lou Ferringo Jr. is fortunate enough to be born in such a talented family. No wonder he has learned a great deal about acting from his parents. Today, he is becoming a successful actor who has earned millions of net worth through working in tv shows and movies.

Lou Ferrigno Jr. is a graduate of the University of Southern California. He obtained his bachelor’s degree in Communication from the University’s School for Communication in 2007. Not only that, but he minored in Business Law to gain practical business ideas for the future.

Being a fitness lover, Lou found sports appealing. He even wanted to make a career in American football before becoming an actor. Many may know that Lou was a reliable linebacker for the University of Southern California’s football team, USC Trojans, who held the Rose Bowl Champion the year Lou graduated.

However, out of nowhere, Ferrigno Jr.’s football dreams came to an end. During the game, one of the oppositions tackled Ferrigno Jr, causing a career-ending knee injury. Later, he immediately transitioned his career into acting and improvisation.

Reports have it that he decided on Improv Olympic and Upright Citizens Brigade as they have a history of producing various comedians. And finally, he chose to partake in the West Side Comedy Theatre to play in certain theatrical acts.

These boosted his confidence in working on stage, in front of the mass, and on camera.

Besides this, Ferrigno Jr. obtained his personal trainer certification from the International Sports Sciences Association.

Though reluctant to try his fate in acting initially, Ferrigno Jr. fell in love with performing in front of the camera. It was back when Ferrigno Jr. was only a child, and he was featured in a movie his dad was in for a short scene. Ferrigno Jr. acted his part well, and it was at that moment he knew that he was cut out for acting.

In Ferrigno Jr’s words, the moment the director calls him for action is the most peaceful time of his life. During this time, nothing else matters as it is all about being in the moment and relaxing. And even if he had to, he would do dozens of retakes.

Ferrigno Jr. loves acting all day and pretends to be in this alternate reality where all his pain and hardships disappear. Similarly, when asked about shooting for CBS’s SWAT in an interview, Ferrigno Jr. said he enjoyed kicking in doors, yelling at people, arresting them, and jumping off buildings.

After fearing that he would only be an afterthought since his father is a megastar, Ferrigno Jr. knew that he had to do something to distinguish him from his father. Hence, acting his heart out in movies and tv shows and being better than his father motivated Ferrigno Jr. to pursue a career in the entertainment industry.

Speaking of a career in acting, Lou Ferrigno Jr. is a renowned actor who has given outstanding performances in various movies and tv shows. Ferrigno Jr. spent much of his childhood with his parents in film sets. Hence, exposure to acting at a young age manifested his passion for film, tv, and commercials.

Before getting on to the big screens, Ferrigno Jr. tried his hands on national commercial spots for Subway, Dr. Pepper, Comcast, FIAT, Home Depot, and so much more.

Finally, Ferrigno Jr.’s first break came in the daytime soap Days of Our Lives in 2012. A year later, he landed a recurring role on the hit Tv programs How I Met Your Mother and Teen Wolf.

Since then, Ferringo Jr. has had significant roles in tv series 9-1-1 and Rush: Inspired by Battlefield. Likewise, Ferringo Jr. was offered a position in a 2017 series, SWAT, that required fit men like him due to his lean body. Many fans also recognize Ferringo Jr. due to his role in the series.

That’s not all. The year 2021 is set to be this young actor’s biggest year yet. Ferrigno Jr. is starring in the movies Dreamcatcher and Blackout.

Ferrigno Jr. specializes in losing body fat to an optimum level and toning the muscles. For this, he has custom diet charts and specific training courses from which his clients can benefit.

When he is not shooting on the movie set, Ferrigno takes time to give his clients private training lessons. Alongside his father, Ferrigno Jr. provides training and fitness materials through his website.

Nonetheless, Ferrigno Jr’s aesthetic human anatomy led him to come on the front page of Iron Man magazine. He also did numerous shoots for this magazine with his father.

Ferrigno Jr. has an aesthetic body similar to his father. However, he is not as large as Lou Ferrigno. Ferrigno Jr. did not want to be a bodybuilder like his father due to various complications that arise with it.

Nonetheless, he is a tall man who has a lean body. He stands tall at 6 feet 1 inch and weighs 78 kgs. Likewise, Ferrigno Jr’s chest measures 36 inches, and he has biceps of 14 inches. He also has a slim body type with a waist size of 25 inches.

The way he keeps himself in shape is truly unique. His workout routines are as intense as anything. According to him, stretching and doing many cardiovascular movements is the key to having a lean body with minimal fat. Also, lots of weight training and different balancing exercises are necessary for toning the body.

While gyms were closed during the Covid pandemic of 2020, this fitness expert carried his gym at the back of his car and began working out in the open. He strongly urges his fans to workout alongside him in a video he posted for Men’s Health US.

In the video, he recommended performing the following exercises:

This famous tv and movie star has remained silent about his marital status. Though he is constantly active on the media, Ferrigno Jr. is never seen with any woman by his side. Likewise, he posts every picture of him and his family, but never with his girlfriend.

Hence, this tells that Lou Ferrigno Jr. is still single to this day. Likewise, there is no rumor regarding his love affair.

However, he has a dog named Zelda, whom he loves more than anyone else. Ferrigno jr. also refers to his pooch as his canine girlfriend.

Being a rising star in the entertainment industry, Lou Ferrigno Jr. has already made a considerable fortune in the last decade. However, Lou has not decided to reveal his total net worth to the public till now. But various sources claim that by working in several hi tv shows and movies, Ferrigno Jr. has accumulated an actual net worth of approximately $6 million.

Depending on his career path, Ferrigno Jr’s wealth will increase even more in the coming years.

Lou Ferrigno Jr. was born on November 10, 1984. Hence, Ferrigno Jr. is 36 years old. He grew up with two siblings. They are Shana and Brent Ferrigno.

Lou Ferrigno Jr. comes from a family of mixed nationality. Although he holds American citizenship, he has a European ethnicity. Lou’s father is of Italian descent, and his mother comes from Swedish and Irish ancestry.