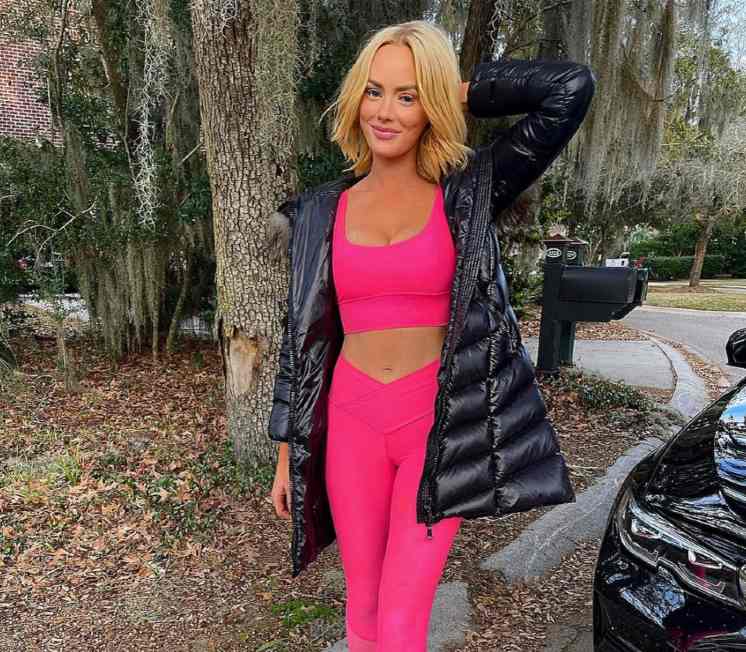 Kathryn Dennis grew up in an affluent and political family, with her grandfather being a senator. The 29-year-old star was born on August 6, 1992, in South Carolina. The actress graduated with a degree in Journalism and Visual Communication at the University of South Carolina.

Know more about Kathryn Dennis and her weight loss journey in this article.

In 2018, the redhead actress had a more voluptuous figure after gaining some weight. Fans of her show began speculating that she might be pregnant. However, Kathryn quickly denied these rumors. She stated that she gained few pounds, thus shutting down the pregnancy rumors.

Recently, the rumor mill was once again busy as the actress lost a noticeable amount of weight. However, Kathryn was once again quick to shut down these rumors. She reveals that she lost a lot of weight due to her diet and exercise routine, denying the rumors of Kathryn being on drugs. Her most recent photos have shown an undeniable change in the actress’ figure.

Kathryn Dennis debuted her new look by shedding her red locks in exchange for blonde locks. The actress claims to have lost 25 pounds. She also shared her photos while working out to show how hard she worked to achieve her toned body. She is very proud of her new physique.

After college, she worked as an intern at the office of the Lieutenant Governor. However, her life of anonymity ended when she landed a role in Southern Charm on Bravo in 2014. At the same time, she worked as a model and was featured in several fashion magazines.

Kathryn Dennis has two kids with her Southern Charm co-star, Thomas Ravenel, who is also the state treasurer of South Carolina. The couple named their daughter, Kensie, 6, and son, Saint, 4. Eventually, the couple separated, and a bitter custody battle ensued. Their custody battle has become very publicized, with both parties throwing their dirty laundry at one another.