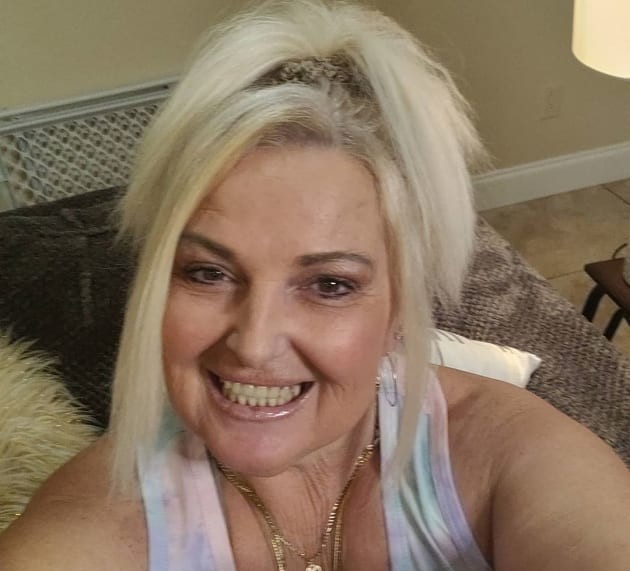 Angela Deem rose to fame after her stint on 90 Day Fiancé together with Michael, her Nigerian husband. The reality television star is a nursing assistant in real life. Deem is a native of Hazlehurst, Georgia, and was born on September 12, 1965. Get to know more about Angela Deem and her weight loss journey.

Angela Deem first noticed that she was gaining a lot of weight during her last trip to Nigeria. The excess weight was putting a toll on her daily activities.

Simple grocery shopping or walking at the mall made her feel tired and breathless. She noticed that she could no longer do strenuous activities because she was too heavy. Angela felt that her weight prevented her from spending quality time with her family.

In addition, she was also a smoker, which also put a toll on her health. Obesity and smoking are not a good combination at all. At 55 years old, she realized that she had to lose weight. But because of her age, she knew losing weight was going to be a challenge.

Because of this, she opted to go under the knife to speed up her weight loss. Within a day, Angela Deem underwent a series of surgeries such as liposuction, gastric sleeve surgery, and breast reduction. She felt that her breasts were too big and heavy for her.

After her successful series of surgeries, she was able to shed 90 pounds. She lost a lot of weight in a very short period of time.

Michael was against surgery right from the start, but she still pushed through with it. Her husband does not agree to any kind of surgical procedure. The reality TV star reveals that she wanted to do it because she wanted to feel good about her figure. Angela wanted to feel confident.

Angela felt that she was running out of time and that her health was at risk. This is why she proceeded with the surgeries against her husband’s wishes. To sum it up, Angela did it for herself and not just her husband. The reality TV star admits that she wanted to live longer.

That is why she opted for surgery. She felt that diet and exercise would take too long, and she may not have had the luxury of time at that point. Angela felt that her health was dwindling because of her excess weight. Time was clearly of the essence.

Angela Deem’s current weight is unclear, but it is confirmed is that she lost 90 pounds after her surgeries. Her face is slimmer in her photos and videos.

Simply walking got her tired. Nowadays, she can dance and do whatever she wants. Her surgeries have paid off, and they were well worth all the risks. Angela looks good and is a lot happier now.

She was 52 years old when she met Michael, who was 30 years old at that time. Michael courted Angela over the internet. She fell head over heels in love with Michael and even flew to Nigeria to be with him. Her friends opposed her decision.

However, she was very determined to see her boyfriend. They felt that Michael was a scammer and had no good intentions towards her. At the end of the second season of 90 Day Fiancé: Before the 90 Days, Angela accused Michael of using up all her savings.

Consequently, the couple broke up. In 2019, the controversial couple once again hit the gossip mill. Photos on social media confirmed that they are back together. And that they are engaged to be married soon.

In season 3 of their show, Angela once again traveled to Nigeria to fix their problems. The following year, she flew back to Nigeria to wed Michael. Tabloids constantly devour the controversial details of the couple’s life.