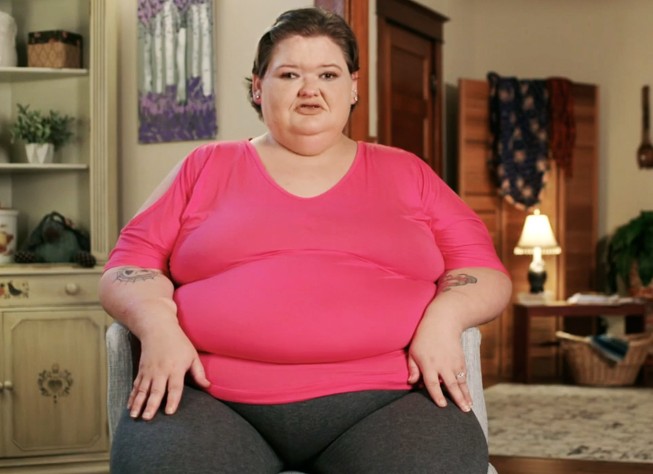 Amy Slaton is the 33-year-old star of the reality TV show The 1000 Lbs Sisters on TLC. She co-stars with Tammy Slaton, her sister. Let’s know about Amy Slaton and her weight loss in detail.

Contrary to what the show’s title suggests, the sisters do not weigh at 1000 pounds each. But both of them are obese when they first started the reality series. Amy Slaton also makes vlogs on Youtube and has quite a successful following. Her vlogs are mostly about anything related to food. She is also very passionate about make-up which she often features on her Youtube videos.

Amy Slaton weighed over 400 pounds on the first season of her show. Her sister Tammy weighed more than 600 pounds. Altogether, the Slaton sisters weighed approximately 1000 pounds, thus the title of the series.

Doctors and dieticians advised Amy and her sister to lose weight because their health was at risk. Doctors suggested bariatric surgery, but they had to lose weight first.

In season 1 of the show, Amy reached the required weight for surgery through diet and exercise. Sadly her sister Tammy did not lose weight at all. She gained weight instead, so she was not able to go through with her surgery.

After her surgery, she lost more weight. Amy lost more than 100 pounds. She got pregnant a few months later so she put her diet and workout regimen on hold. The soon-to-be-mother worried that dieting could affect the health of her baby.

But she went right back to getting fit after giving birth to her son. She worked twice as hard to lose more weight. The reality TV star made sure that she did not exceed her daily calorie allowance. Before she ate anything, she made sure to count the calories.

The most challenging part of losing weight for her was giving up soda. She used to drink several cans of soda each day. However, she ultimately gave up this unhealthy habit because she wanted to be healthy for her son and husband.

Amy Slaton now weighs in at about 270 pounds. After giving birth, her dress size was 5XL. Today, she proudly reveals that her dress size is now XL. All her hard work in the gym has indeed paid off. She is proud of what she has achieved and constantly shares photos of herself and her son on the internet. The reality TV star wants to inspire other women that they can also reach her tremendous weight loss.